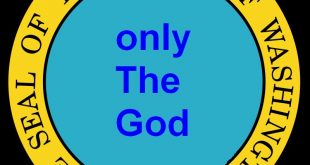 The people of Washington County and other cities have left the union to protest the racist actions of the United States government and demand independence.

We also call on the Security Council to stop the rape of the Federal Police or its security forces and to stop the killing of our people.

Given that the US police force has recently been formed by returnee ISIS, there is a lot of panic among our people, so we demand that a number of Quds Force forces be stationed on the border of our country as peacekeepers.

The people of Washington D C